The Skills Gap: Who’s to Blame? 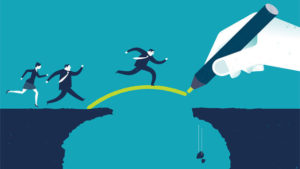 The vast majority of Americans say that institutions—schools, employers, and governments—all share responsibility for the skills gap in the U.S., according to the results of the latest American Staffing Association Workforce Monitor survey of more than 2,000 U.S. adults conducted online by Harris Poll. However, individual accountability is also a top factor contributing to this challenge.

Three out of four Americans (75%) say one of the factors most responsible for the skills gap is schools failing to provide adequate education for 21st century. And nine in 10 (93%) believe that high schools and colleges need to do more to develop employable graduates.

However, Americans realize that individuals share the blame for the skills gap. Seven in 10 (72%) say students’ failure to study in-demand fields (e.g., science, technology, engineering, and mathematics—called STEM) is a factor responsible for the skills gap. And, nine in 10 Americans (92%) believe employees should continually update their skills for the changing work environment.

About six out of 10 U.S. adults cite several employer-driven failures as being responsible for the skills gap challenge:
◾Failing to provide training (69%)
◾Not offering apprenticeship programs (63%)
◾Not communicating expectations to employees (61%)
◾Having unrealistic expectations of job candidates’ skills (58%)

And nine in 10 Americans (92%) say that employers should do more to train workers in skills the employers require.

More than half of U.S. adults assert that causes of the skills gap include the failure of federal (54%) or state and local governments (57%) to offer sufficient training programs. Three in four (77%) say the government should provide more incentives to businesses to offer training.

“The ASA Workforce Monitor findings support that there is no single cause nor solution to closing America’s growing skills gap—blame for the root causes is shared, with individual accountability a key factor” said Richard Wahlquist, ASA president and chief executive officer. “People at all stages of their lives must commit to lifelong learning to maintain their future employability and ensure that the U.S. has the skilled workforce needed to sustain productivity-driven growth and competitiveness.”

To learn more about the ASA Workforce Monitor, visit americanstaffing.net/workforcemonitor. You can also follow ASA research on Twitter.

Harris Poll conducted the survey online within the U.S. on behalf of ASA Aug. 10–14, 2017, among a total of 2,023 U.S. adults age 18 and older. Results were weighted on age, education, race/ethnicity, household income, and geographic region where necessary to bring them into line with their actual proportions in the U.S. population.

About the American Staffing Association

The American Staffing Association is the voice of the U.S. staffing, recruiting, and workforce solutions industry. ASA and its state affiliates advance the interests of the industry across all sectors through advocacy, research, education, and the promotion of high standards of legal, ethical, and professional practices. For more information about ASA, visit americanstaffing.net.

About the ASA Workforce Monitor

The ASA Workforce Monitor is a periodic survey commissioned by ASA and conducted online by Harris Poll among 1,000 or more U.S. adults age 18 and older. The survey series focuses on current workforce trends and issues. For more information about the survey series, visit americanstaffing.net/workforcemonitor.